Skip to content
Meeri Haataja: “Finland has the responsibility to show what trust in artificial intelligence means”Johanna Juselius2019-06-25T10:46:06+03:00 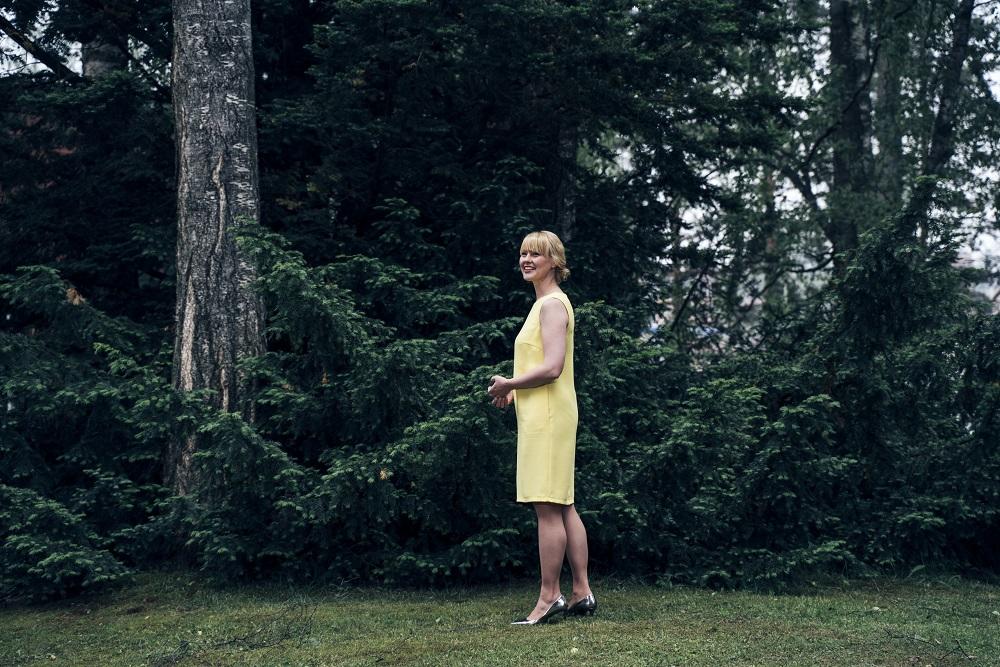 “It is stimulating to work with something that has such a significant impact on the future,” Saidot CEO Meeri Haataja says.

During the Finnish parliamentary elections in spring 2019, Finland’s biggest newspaper Helsingin Sanomat published a candidate election engine on their website. Within a few days a couple of parliamentary candidates noticed something curious. When they tried out the engine as citizens and filled in the exact same answers as had been their candidate responses, they were suggested other candidates than themselves.

Many organisations are now pondering how to use AI responsibly and ethically. Saidot is determined to help them. “People are motivated to do this,” Haataja says.

Helsingin Sanomat responded to the bafflement by stating that the election engine’s algorithm was built to recommend parties, not single candidates, that best correspond to a citizen’s political views. This arrangement left perfectly suited candidates to the sidelines of the engine’s suggestions.

As a result of public discussion about the engine’s function the newspaper published its algorithm for everyone to see. It also modified the algorithm based on the suggested improvements it received.

Meeri Haataja was thrilled about the conversation. She is the founder and CEO of Saidot, a company that helps organisations, governments and businesses to develop more accountable and transparent artificial intelligence systems. The influence that algorithms could have on something as vital for a democracy as elections was definitely a discussion worth having, Haataja states.

“The case of the candidate election engine shows a good example of how the transparency of algorithms can serve everyone,” she says.

According to Haataja, large masses of people are affected very quickly when algorithms take over decision-making. “We need to know that this impact stands on an ethical base,” she says.

Saidot provides its clients with a digital platform that gives each clients’ AI applications a unique identifier, a serial number of sorts. The platform then works like an X-ray that scans the functions of the application at hand.

“We have a transparency data model that tells our clients what they should know about their artificial intelligence systems. We intend to proactively support our customers to capture the necessary data and document the right things about their AI,” Haataja says.

When organisations know how their AI systems work, they can develop them to align with different ethical requirements and improve their accountability and transparency in practice. Founded in 2018, Saidot has already worked with clients such as the city of Espoo and Finland’s Ministry of Finance in enabling transparent and ethical AI.

“Only when we have enough data and knowledge about different systems can we examine whether they are acceptable and trustworthy or not. To show accountability, organisations must better understand how their AI systems work, what their impact is and what risks are associated with them,” Haataja says.

Haataja’s whole career has revolved around data and analytics in national and international companies. The ethical side of things started to reveal itself to Haataja while she was in charge of the artificial intelligence strategy and implementation of the General Data Protection Regulation, also known as GDPR, at the Finnish cooperative bank OP Financial Group.

“I realised that power and responsibility need to go hand in hand. I knew that this was a topic I wanted to stand up for,” Haataja says.

The discussion regarding the ethics of artificial intelligence has been going on actively for about two years or so. Talking about the topic is important, but Haataja wanted to act.

“My main motivator is to make sure that all the positive opportunities related to artificial intelligence can be fulfilled. I don’t want ignorance to distort the progress,” she says.

Trust is key in the age of AI

Transparency and accountability need to be taken into consideration even more urgently as the utilisation of artificial intelligence gains ground in areas such as health care. People should be aware of what kind of data is being collected about them and on what basis, as well as what it is being used for. We clearly need industry specific governance mechanisms for the ethics of AI, Haataja says.

“It is crucial that we ensure that the development is ethical and no groups are being discriminated in the process.”

Haataja thinks Finland is the best possible home base for a company like Saidot. Finland is often referred to as a society of trust where people trust both each other and the authorities. It was also amongst the first countries to launch a national artificial intelligence strategy.

“We have the responsibility to show what trust means in the time of artificial intelligence,” Haataja says.