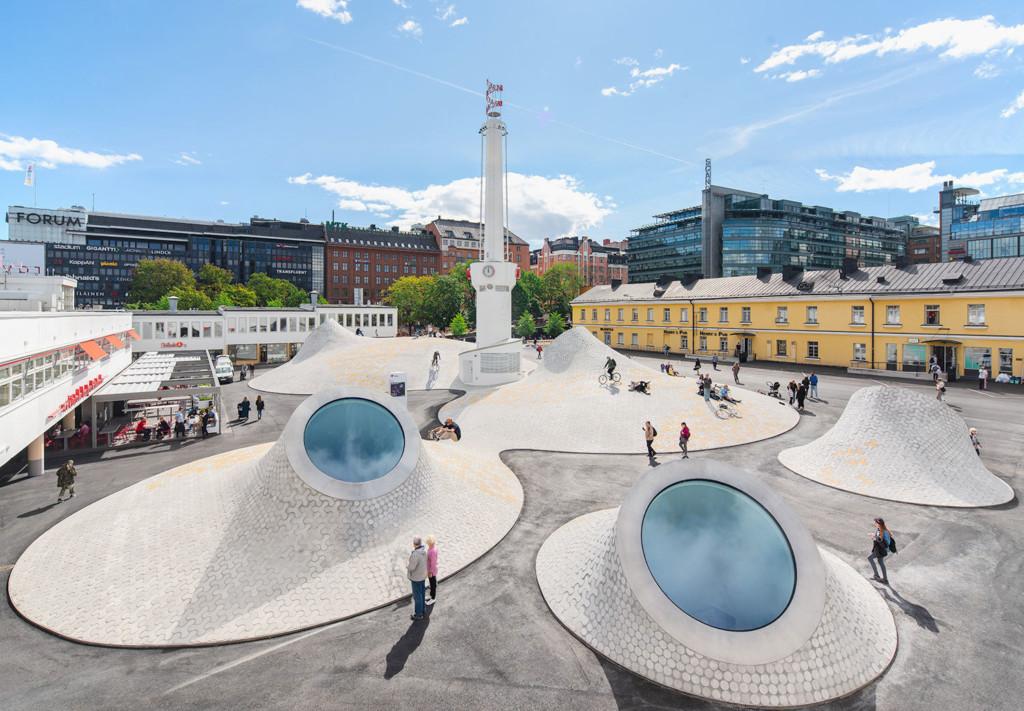 Helsinki has taken first place in the European Commission’s new European Capital of Smart Tourism 2019 competition. The title for 2019 was awarded to two cities: Helsinki and Lyon. The final selection took place on 24 September 2018 in Brussels, where Pia Pakarinen, Deputy Mayor of Helsinki, and Laura Aalto, CEO of Helsinki Marketing, presented Helsinki’s winning entry under the theme “Helsinki – taking smart to new heights”.

”Helsinki as a city is committed to promoting sustainable development and is showing the way in this regard also within the tourism sector in Europe. Over the coming year we will formulate a sustainable tourism action plan that will further strengthen our role as a pioneer in this joint project,” says Deputy Mayor Pia Pakarinen.

“Helsinki is showing the way internationally. Helsinki’s success in this competition was made possible by our reinforced image as an attractive and functional city destination. In addition, our long-term work in offering and utilising open data has clearly become one of our leading success factors. For example, our award-winning city marketing website Myhelsinki.fi demonstrates Helsinki’s digital leadership,” says Laura Aalto, CEO of Helsinki Marketing.

In the second half of next year, when Finland will hold the EU Presidency, Helsinki will have an excellent opportunity to present its expertise also in sustainable tourism. In addition, Helsinki will host the World Tourism Cities Federation Summit in August 2019, when the eyes of the international travel media and global tourism experts will be firmly on our city.

Background information about the European Capital of Smart Tourism 2019 competition

The European Capital of Smart Tourism competition is a new initiative by the European Union that aims to promote smart tourism in the EU, network and strengthen destinations, and facilitate the exchange of best practices.

The award ceremony will take place in connection with European Tourism Day in Brussels on 7 November 2018.

The article is published first by Helsinki Marketing.