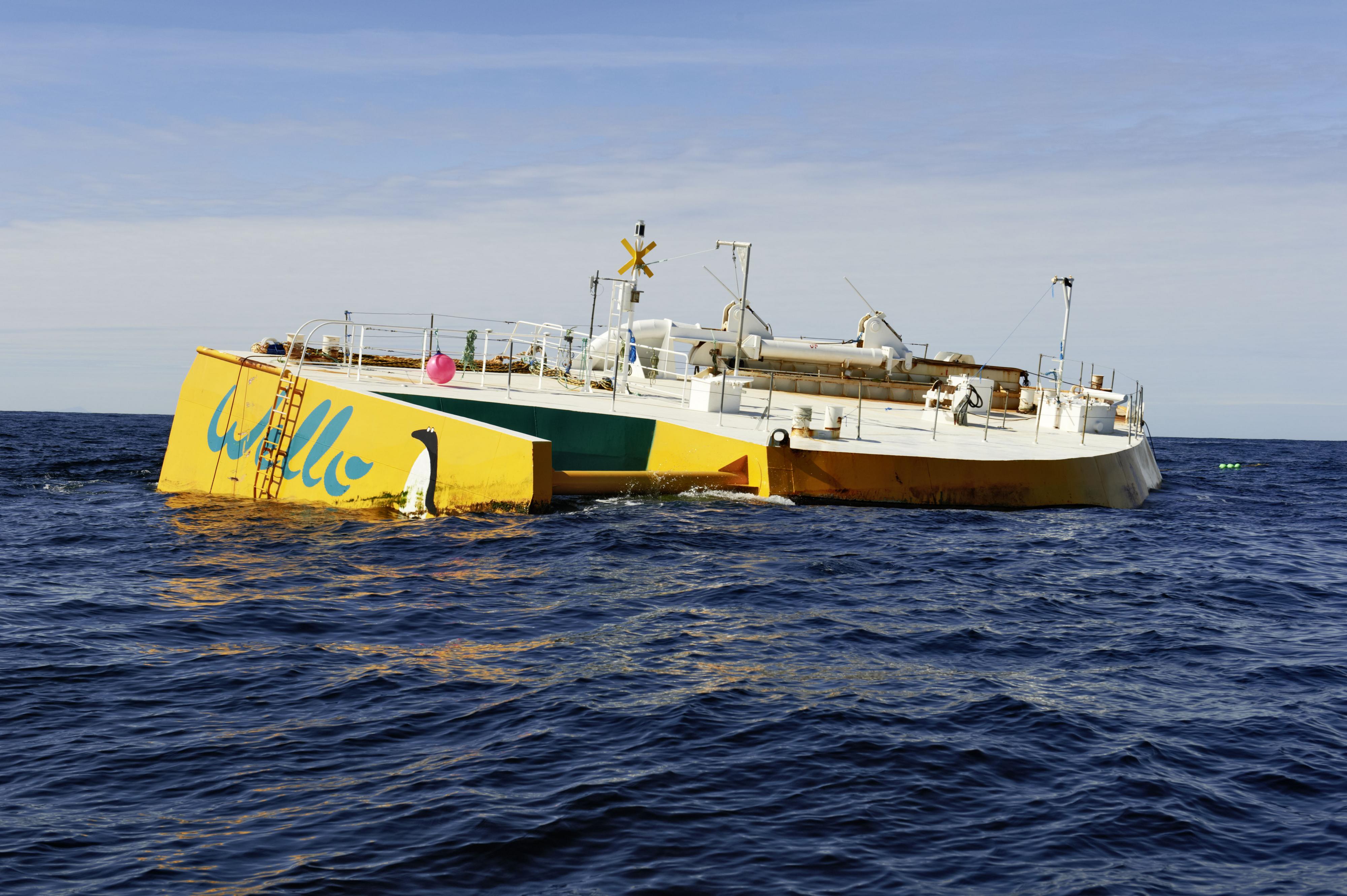 The world is facing serious challenges in energy production due to growth of population, rising living-standards and industrial needs.  What if this major energy demand could be met with a low-cost, ecological and non-disruptive method that converts waves into clean energy? Meet Wello – a company that has developed method for producing unlimited energy from the waves. Without damaging the environment.

As much as 75% of the Earth’s surface is covered by water. The huge energy production potential of wave energy in our oceans is raising increasing interest. The Wave Energy Converter (WEC) called Penguin has been developed since 2008 by Wello, a company based in Espoo, Finland. The name of the company Wello comes from a word deriving from Finnish velloa (wave motion), German Welle (a wave) and English swell (a long wave on water that moves continuously without breaking).

The Wello Penguin wave energy solution represents a way of producing sustainable energy in a harmony with the environment. This asymmetric vessel is approximately 30 metres long and 15.5 metres wide. The vessel is moored about 2 kilometres from the sea shore and from a distance it looks like a fishing vessel.

Wello’s technology is totally unique. The Penguin wave converter is a result of highly committed innovation work and engineering. Asymmetric shape of the floating device is used to capture the movement of waves to a spinning rotator inside the device. Power is directly led from the rotator to generator using the same shaft eliminating conversion losses.

The Penguin vessels float on water and capture kinetic energy, which is then turned into electrical power. The vessels are positioned away from the wave breaking zone. Instead of complex fixed structures on the sea bed, the Penguin converters float on the surface with only minimal anchoring attached to the bottom. The Wello approach to energy production is sustainable, discreet and non-disruptive.

A significant part of electricity may be produced from waves in the years to come. The Wello Penguin is silent, easy to install and to maintain. As the manufacturing of the Penguin device is possible by most shipyards, it has positive economic impact on local infrastructure. Local installation and deployment bring work opportunities for local residents and businesses.

Movement of the waves as inspiration

CEO and founder of Wello, Heikki Paakkinen has built the company on his environmental ideology. His aim has been to create a device that can produce clean energy from the sea without causing any damage to the environment. As a teenager Heikki Paakkinen used to build wave propulsioned ship models. In the 70s, Paakkinen started developing his idea of a wave energy converter.

Based on his architectural education, he built several prototypes in his garage and aimed to developing rotation from wave motion. While wandering and contemplating in a forest, he suddenly realised how the shape of the device will make the eccentric mass inside the device rotate. All the moving components should be inside the floating hull shielded against the sea. The challenge of producing green energy from oceans was solved and something unique was born.

Currently, the company has ten employees and the prototypes are being tested in Finland, Scotland, England, the Canaries and more recently in Korea.