Siirry sisältöön
Europe needs to get rid of Russian fossil fertilisers. A lot has already been done – in a sustainable way.

The dependency on Russian fossil fertilisers has raised big questions after Vladimir Putin’s war in Ukraine. How can we replace these products?  Would it be possible to change the whole farming industry and only use bio-based fertilisers (BBFs)? Or at least very quickly get rid of the Russian ones?

Mr Olli Niskanen, Senior Scientist from the Natural Resources Institute Finland (Luke), says that there are not enough BBFs for an industrial use. At least not yet. But certainly a lot has been done and a variety of good practices are already in use.

BBFs will have an increasingly important role in future food production. By optimising the use of nutrient-rich side-streams, the overall dependency on Russian fertilisers can be reduced.

The main fertiliser nutrients are nitrogen, phosphorus and potassium. They are critical determinants of plant growth and productivity. The availability of phosphorus is not a problem in Finland, since it is mined domestically and there is plenty of phosphorus to be recycled.

Potassium is mainly imported, but it is replaceable from other markets. Agricultural soil reserves of the nutrient are also securing the supply in the short term. The major problem in both the short and long term is nitrogen, and the production of it is energy intensive.

According to Mr Niskanen, we could ease the situation by optimising the use of fertilisers. It is for example possible to divide the annual fertiliser use to multiple doses during a growing period – and take the summer circumstances into account for the latter ones.

Luke has carried out many research and development projects aimed at reducing the agriculture´s nutrient emissions. The projects have had the shared goal of making the use of nutrients more efficient and finding different solutions for nutrient recycling.

In one of them (called the LEX4BIO), the crop response to phosphorus- and nitrogen-based BBFs is evaluated in various growing conditions across Europe. The aim is to identify BBFs with the best agronomic efficiency, to guarantee food and feed safety, as well as human health in general. The project lasts until May 2023, and it is receiving funding from the European Union.

Another example is a project called SuMaNu. It has created international recommendations for a more sustainable use of manure and nutrients. The main objective was to make the use of recycled nutrients more efficient, and consequently reduce nutrient runoff from the agriculture to the Baltic Sea.

Many actions have already taken place in practice. A good example comes from a Finnish company called Soilfood. The CEO, Mr Eljas Jokinen, tells us about the company´s lab in Viikki, Helsinki.

Soilfood is a circular economy company targeting to replace virgin raw materials with recycled materials to be used by farmers. The company handles the side streams of more than 40 factories in the Nordic countries, and the customers include paper and pulp, bioenergy and food industry companies.

These side streams are handled and offered to farmers as fertilisers and soil improvement fibres. Soilfood also offers its agronomic expertise in product use. In the Viikki lab, the company researches and develops new solutions.

The current war has been a tough wake-up call for us to act fast. But even before it, we had a very good reason for quick actions; that is the climate. The fertilisers and their raw materials that Europe has been importing from Russia are all based on fossil fuels.

We have seen the prices of the fertilisers soaring, as the price of natural gas has gone up. Gas is needed to produce these ammonium fertilisers.

– Our products are not at all dependent on the Russian import. We have not had the need to raise our prices, and that has led to a growing demand for our fertilisers. Right now; they are sold out, Mr Jokinen says.

Finland – as well as the rest of Europe and the whole world – has a huge potential right to currently utilise the side streams of the industry.

– We need to change our way of thinking; quickly. So far, farmers have preferred the fossil fertilisers as their first choice. Only if they run out of them or the price rises too much, they have considered other alternatives. But this should certainly go the other way around, Jokinen says.

What should be done then?

Add knowledge. The farmers should be very aware of what their arable land in fact needs.

– Nobody wants to waste money. When the use of the fertilisers is optimal, nothing is wasted. That is the way to protect our lakes, our rivers, along with our Baltic Sea, Mr Jokinen says.

The Baltic Sea Action Group (BSAG) is working with the same questions: regenerative farming practices and nutrient recycling. It aims to mitigate the climate change and nutrient leakage to the Baltic Sea.

To speed up the transition, the BSAG has started a carbon action collaboration with farmers, scientists and companies. The group has started an e-college, offering Finnish farmers a free online course both on the principles and the practices of regenerative farming.

– We have an ambitious goal to have 10 percent of Finnish farmers in our e-college and carbon action club for peer-to-peer learning. That would be about 5,000 farmers, says Ms Pieta Jarva, Strategist Director at BSAG.

The e-collage has currently over 1,200 registered users. The actual number may be bigger, as the registration is not compulsory. Since the beginning of the war the interest of regenerative farming has grown fast, Ms Jarva states.

The start has been very promising. The e-collage course partners include big actors, for example: the dairy and food company Valio, the bakery and catering company Fazer, the retail and service company S Group, the food company Atria and the Central Union of Agricultural Producers and Forest Owners (MTK). A whole ecosystem of regenerative farming has started to arise.

Mr Jokinen from Soilfood has had many consumers asking him what to do to help the domestic food production in the current situation. His answer goes:

– If you have not recycled your biowaste so far, now certainly the time is here.

Most of the collected biowaste in Finland is used for organic fertilisers. He goes on:

– The more we can produce our fertilisers in our own country, the less we must obviously import them. And at the same time, it is one easy way of boosting the circular economy. 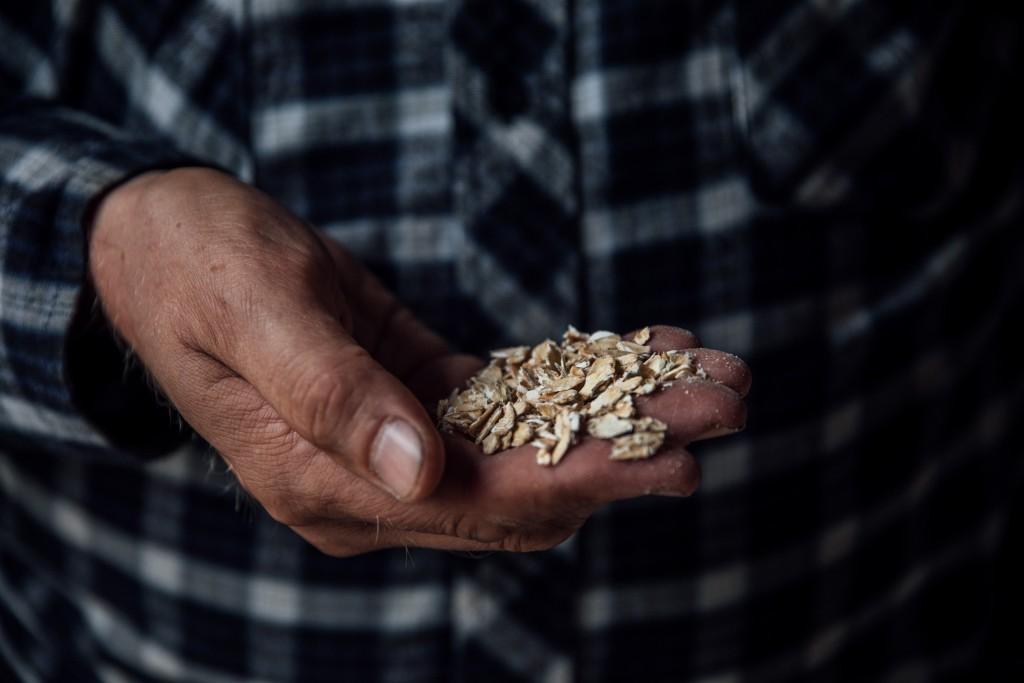 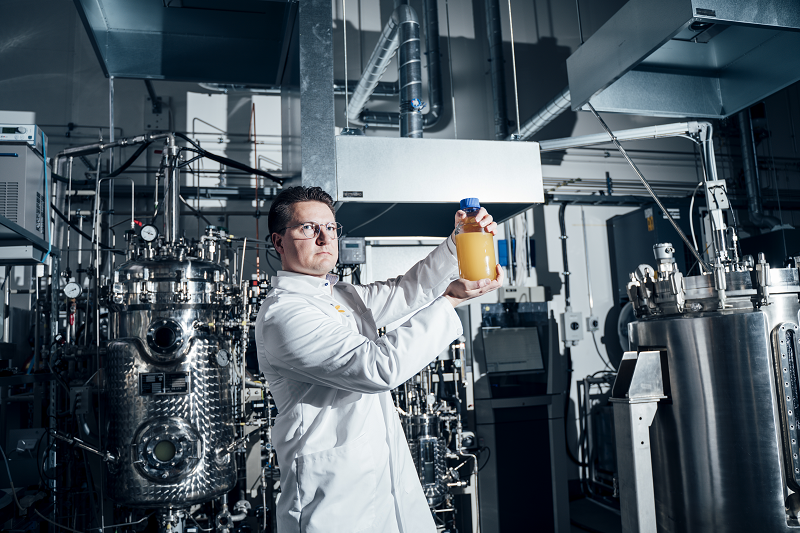 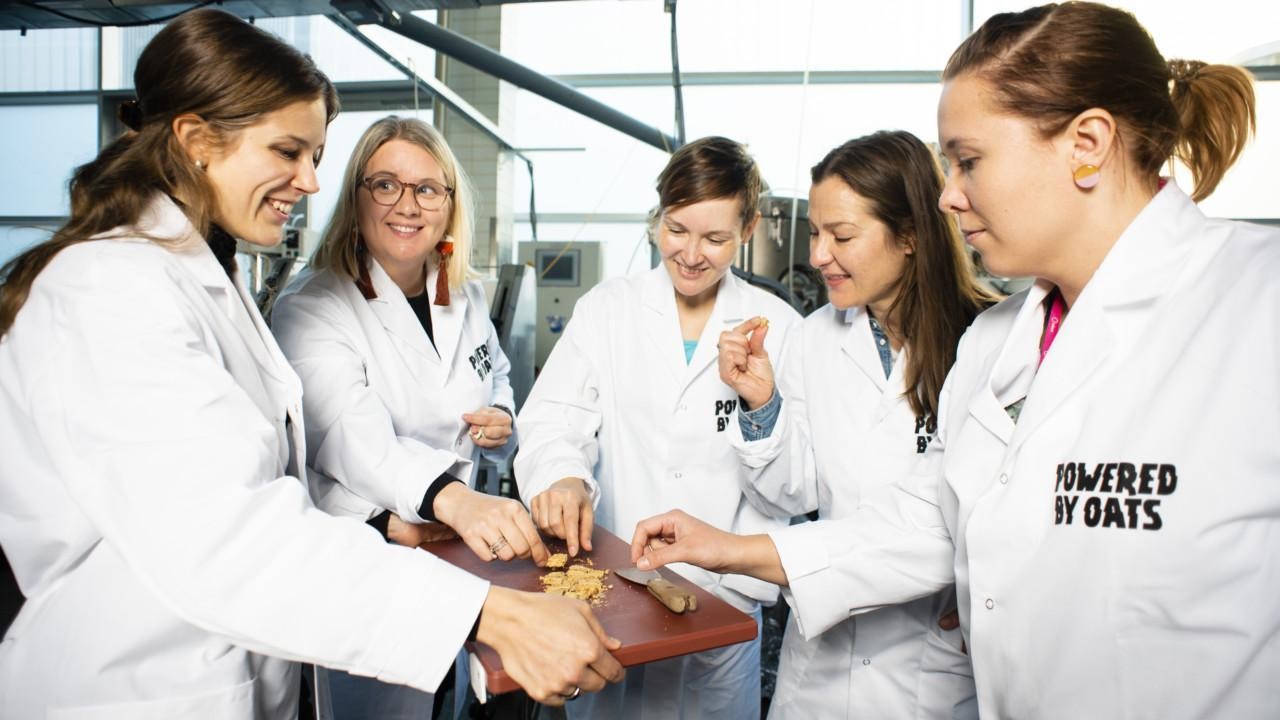